East Bank (Ostend): The Cityriver, a green-blue match between LLD and WSUDs

SITE DISCRIPTION - The Victorialaan is based on the so-called Oosteroever or East Bank of Ostend. Oosteroever, a former industrial and harbour area, is currently in full development and will be developed into a centre of housing, small industrial and business activities. Characterized by its former activities, the Victorialaan forms the ideal context for this kind of mixed-use (urban) development.

In the early phase of the project, a masterplan was set up and drew the general ambitions for the reconversion of the site. In this reconversion, it was important to preserve the relation with its industrial and maritime history.

Moreover, the masterplan also expressed its clear ambition to conceive the area as climate change adaptive, using blue and green infrastructure. The blue infrastructure, integrated in the design of the street was nicknamed: City River. The combination of a blue, city river, and the green structure will counter the urban heat island effect on a nature friendly manner. 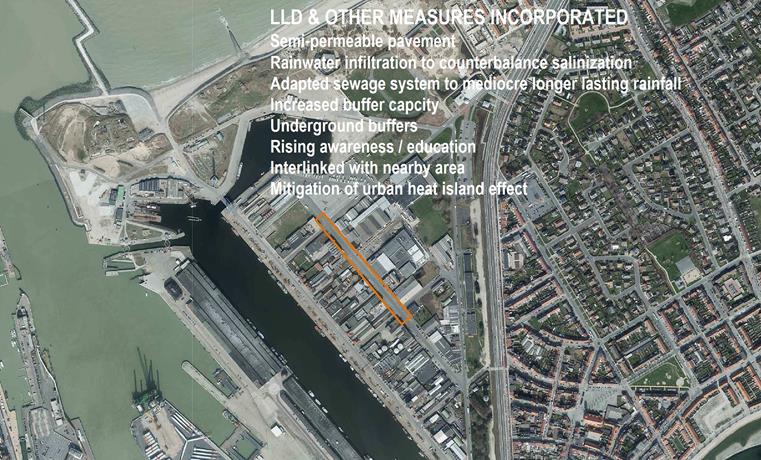 LLD MEASURES INCORPORATED ON THE SITE